The City with no Mongolian Waitresses 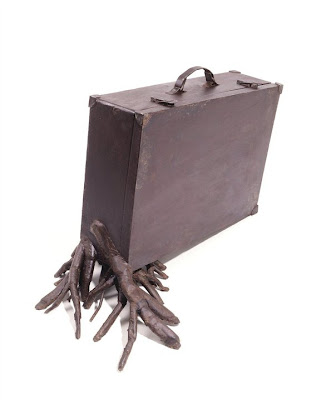 Last week the government of my country decided to deport 400 children of work immigrants. These children were born here, speak Hebrew and know no other surroundings, but they belong to the wrong ethnicity. Minister of the interior Eli Yishai cited fears for the "Jewish character" of the nation if these 400 kids remained in the country. "It's time to let these families know that the field trip is over," said Yishai.

Today Yishai proposed paying 1000$ US to any family of work immigrants who would just pack up and leave the Jewish homeland (to which his parents arrived as North African Jewish immigrants in the 50s). 1000$ arent enough to buy a decent sofa these days. Yishai's attempt to buy people's lives at such a sum shows what he thinks these lives are worth. Foreskin-crowned Goyim are to him no more than filth that can be bought out.

Funny thing is, Yishai has a point. If we are to follow Zionist logic, then slanted-eyed and black-skinned children really should be deported and the rest of the lot encouraged to leave. Zionism states that this land belongs to the Jews, not to the Chinks. Niggers - out! there is no black in our blue and white flag (except insofar as Ethiopian Jews are concerned, and we treat them with appropriate prejudice). This is the land of the Jews and we deserve it because of the great racism to which we were subjected.

It baffles me how short-sighted Zionism is. It really did start off as a way to escape the pogroms, to dodge violent and dark racism. The early Zionists saw only the murderous Russians and themselves, it didn't occur to them that Filipinos existed in this world and that one day they'll figure into the equation. Hell, they didn't even notice the Arabs. Theirs was "a people without a land going to a land without a people".

Today it's concept of a Jewish state ends up making Tel-Aviv the only modern, westernized city in the world where foreigners are unwanted by law by virtue of their ethnicity rather than citizenship status. A friend of mine sojourning in Berlin writes about the beauty of a Mongolian waitress who served him at a restaurant. This land will be thankfully clean of Mongolian waitresses as soon as they bite the 1000$ bait.

It's time to admit it. Our short-sighted forefathers have created a monster, and we've nourished it and helped it grow. Ours is a country where police will be soon searching for children in attics due to their ethnicity. Today a public debate over the fate of these children is raging, tomorrow the public may internalize the full meaning of the "Jewish state".

Our only hope is to ditch the whole Jewish state concept and replace it with something else, perhaps an "Israeli State", where little Yuval, whose parents speak Tagalog can feel at home. We could also search for some other term, one that would even allow Little Ramzi from Jaffa to feel that his native land embraces him lovingly.

The term Zionists when used as a pejorative, is not entirely correct or appropriate; at least you wouldn't have thought so 60 years ago in the remains of your very own ghetto.

Note, I do not mean to be argumentative, the times have changed, the terminology has not.

Racists where always racists, some of them were, or are Jews. Not every asshole is a zionist, and not every zionist is an asshole.

In my opinion we are now living in the post-zionist age. The difference between the hill top monkeys who call themselves zionist and the original Early 20th century zionists is obvious. The zionist were then running away from persecution, the would be zionists of today are guilty of persecution.

Perhaps we can start a campaign for volunteers who are willing to hide children and save them from deportation.

Orna’s work is very beautiful, very powerful.
My rage button was pushed as I read the news item covering the events and comments by Eli Yishai. In Britain from time to time we hear some politician or other; publicly singing a similar tune (read Enoch Powell’s ‘Rivers of Blood’ speech).
Try travelling the world without hearing it and for sure all will include the line calling for the preservation of the nation’s character. All nations include racism in their character. When we preserve our national character we preserve racism. By definition the term nation is exclusive. In Britain the events of World War II did very little to challenge racial attitudes and calls for civil rights and we were going to have to wait a whole generation for that to happen and only then by being carried piggyback on the feminist movement of the 70’s. Imperial ideology had to go and some say we’re still working on it but, if we are to make better, more inclusive societies we have to become the kind of people we wish others including our children to be. I hope the Israeli government rejects this policy and does what is in the best interest of these children. 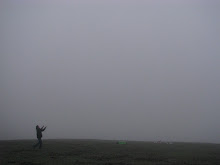